Skip to content
Consociate Health > Blog > Self Funding: The Future For Your Group Health Plan?

Self Funding: The Future For Your Group Health Plan?

Employers will certainly remain concerned about the future of their employee benefit programs. The Affordable Care Act (“ACA”) has had no success in reducing an employer’s costs, and in most cases has caused greater than expected increases. For those fully insured employers who were offered a special renewal option at the end of last year, whereby the employer could renew the group health plan prior to the traditional renewal date, the option proved valuable and kept some renewal and early renewal premiums at a favorable level. Unfortunately, the future can’t be predicted as to the impact that the ACA will have on group health plans, a majority of which will now renew between October 1, 2014 and December 1, 2014 – due to the early renewal options of 2013.

Most insurance companies that have remained in the employer group health market, also have individual products available either directly or through the Exchanges. The enrollment projections that were used by the government when modeling for success of the ACA will clearly not be met. This is no reflection on the insurance companies, but when low cost, younger enrollment targets are not being hit, the results will surely yield negative results/profits. The modeling that was used allowed for too great in assumptions of enrollment demographics.

This year more than ever, employers that are fully insured must be proactive in reviewing their health insurance options well before their plan’s renewal dates. The market has already seen fully insured rate increases as high as 79% for plans that have renewed on or after 1/1/14. This is not to infer that affordable fully insured options will not exist, just that due diligence need be used to provide a good check of all of the options and carriers that remain in the fully insured group health market.

In addition, employers that took advantage of fully insured plans that were priced to gain market share, should now once again look at the self-funded market as a viable option. The ACA has burdened fully-insured plans with additional fees and taxes that do not currently apply to self-funded plans. HM Insurance Group (a wholly owned reinsurance subsidiary of HighMark Blue Shield – Pennsylvania) has calculated that the additional ACA fees and taxes for a fully insured employer with 500 covered participants (employees and dependents) to be an additional $235,000 over just a three year period.

Self-funded plans provide employers other advantages such as employer control of plan design, possible improved cash flow, elimination of carrier profit margins and risk charges, the opportunity to impact health plan costs through effective and participatory risk management, ownership of actual cost and claim data, etc. Reinsurers are now responding to market opportunities and providing additional programs to better budget risk for employers, even those with as few as 50 covered employees. 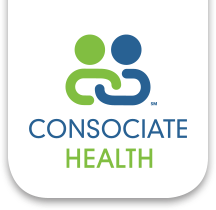